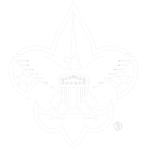 The most frequently asked questions from parents new to Cub Scouts revolve around the Cub Scout uniform. The Cub Scout uniform is a tradition and gives each child something that they can be proud of and responsible for. Pack 2214 has two uniforms. They are the Official Cub Scout Uniform (otherwise referred to as Class A) and the Special Purpose Uniform (known as Class B). The Official Uniform is worn during the cooler months and for certain selected events while the Special Purpose Uniform is typically worn during the warmer months.

The Official Class A Uniform consists of the official Cub Scout blue dress shirt with a rank specific neckerchief, rank specific slide, a rank specific hat and the Cub Scout belt. The shirt must have the following patches sewn on: Baltimore Area Council shoulder patch, red numerals “2214” for Pack 2214, Den numeral patch, and the World Crest patch. The red “2214” patch will be provided at no charge when your cub joins our Pack. Blue pants, shorts or a skort are recommended and should be able to accommodate the Cub Scout belt. The belt is important because the adventure loops a Cub receives as they progress toward rank are worn on the belt. This uniform is worn by the Tiger, Wolf, and Bear dens.

Webelos and Arrow of Light will change from the blue dress shirt to the tan dress shirt similar to what will be worn in Scouts BSA.

The Class A dress shirt must be worn tucked into the pants and must be kept neat and clean. Cub Scouts in the Official Uniform should wear closed toed footwear such as sneakers, shoes or hiking boots.

Detailed information about the Class A uniform can be found on the scouting.org website (https://www.scouting.org/programs/cub-scouts/cub-scout-uniform).

The Pack Special Purpose Uniform (Class B) consists of the Pack 2214 T‐shirt that you receive as part of your registration. The design of the shirt may change every few years. Official BSA T-shirts acquired during summer camp and other official events are also considered Class-B.

Where to buy a uniform

The official Scout Shop is the most commonly used source for Scouting uniforms. You can shop online at www.scoutshop.org or in person. The closest Scout Shop to our Pack is near BWI airport.

Note: Class A shirts can be purchased from the Scout Store with patches already sewn on (with the exception of the Pack 2214 red patch that is provided by the Pack). For those who are not handy with a sewing needle, the Cape Cleaners does a great job sewing patches at a reasonable price.